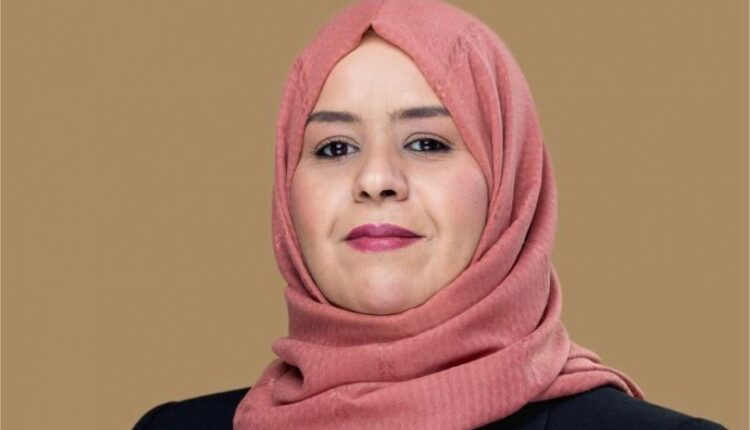 In an exclusive meeting, the Minister of Social Affairs reveals the date for disbursing the wife’s allowance, in addition to several important measures for citizens in general

The Minister of Social Affairs in the Government of National Unity, Wafa Al-Kilani, spoke in an exclusive interview with our source saying: “With regard to the wife and children grant, the ministry worked on it, in the year 2021, thanks to God and the support of the Prime Minister. We completed working on the grant for children under the age of 18, as well as with the efforts of the Ministry Finance, the Central Bank of Libya, the grant team and the staff. A full year has been completed for the first time in years.”

She said: “We also worked during 2022 and spent the 1st, 2nd and the 3rd months, and we sent an appendix to those who added their accounts through the platform of the Ministry of Social Affairs for the grant project, in addition to another six months of this year and for it to be disbursed, the data must come from the Civil Status Department. “.

She also continued: “There are several constraints, such as the number of deaths, changing account numbers, marriage and newborns. There is an agreement between the Ministry and the Civil Status Authority. We took data from the Authority for the year 2020 and added an appendix for those who complete their data and sent it to the banks within two days. In total we succeeded in spending nine months during this year.”

Al-Kilani added: “With regard to the grant for the wife and daughters over the age of eighteen, the ministry is working hard with the Public Information Authority, the Civil Status Authority, and the relevant authorities.”

She also explained: “ We receive the data from the Civil Status Authority as a first stage. The authority has an update on the data and some of the procedures that we took as a promise that they will be completed after the Eid and will be sent to us. Within a maximum period of a month, it will be in the accounts of the beneficiaries of the non-working daughters and wives.”

She added: “The data must, of course, be matched with Social Security and the Ministry of Finance and Labor in order to ensure that no salary is provided by the Libyan state in order for the grant to be disbursed to them. As for the families that did not receive the grant for 2021, we sent many supplements. We are still working on the rest, and they will be sent immediately after Eid.”

Al-Kilani also stated: “The value of the grant from my point of view as a minister is weak and needs to be amended. We thank God that we succeeded in disbursing the grant to its beneficiaries despite all the obstacles and the lack of budget approval. During the next stage we will work to develop the grant law and give a proposal to amend the value based on the new exchange rate.”

She added: “In the Social Solidarity Fund, we have statistics for widows, divorced women, people with disabilities, needy families, and several branches working on social surveys. The ministry succeeded in disbursing a grant for rent allowance to a group of displaced people whose lists were approved by the Council of Ministers and allocated to them financial values ​​for the eastern and southern regions.”

She also explained: “We are also working on the principle of social justice, reparation and giving financial assistance to the rest of the displaced and displaced groups, based on what is referred to us and what is allocated from budgets.”

Regarding the increase in the salaries of retirees, Al-Kilani said: “Based on the presentation of the memorandums of the Social Security Fund President  and the Minister of Social Affairs, an amendment of contributions was approved so that there would be permanence for the increase of retirees, in which the salary reached 900 dinars for the holders of security or retirement pensions to continue in the future without any deductions. With these amendments, the burden has become on the public treasury, in return for a small burden on the citizens for whom we always work.”

On the issue of the basic pension for people with disabilities, Al-Kilani explained to our source: “We contacted the Prime Minister and submitted a memorandum. The President directed his direct instructions to the Ministry of Finance to pay the basic pension entitlements for the past years and subsidized domestic service, as well as I gave directives to make priority for people with disabilities due to the privacy, sensitivity and need for this category.”

Regarding the marriage grant for people with disabilities, the minister explained: “In agreement with the Minister of Youth, 500 grants were allocated for the year 2021 and we formed three committees in the eastern, western and southern regions working to receive the files and documents for people with disabilities required for the marriage fund. We agreed to make the grant 50,000 divided between the husband and wife, if one of the spouses has a disability or both, and this increase in value is due to the privacy of this category. Today we had contact with the Marriage Support Fund and the instruments have started to be prepared successively and will be distributed in the coming days.”

In its statement to our source, the American embassy refutes what was reported regarding its approval to transfer funds to the Central Bank of Libya and clarifies its roles

Will the value of the wife and children’s allowance increase? The Minister of Social Affairs answers