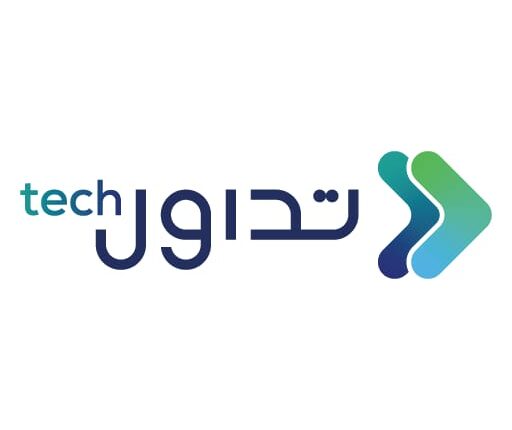 The General Manager of the Tadawul Technology, Alaa Khameera, spoke in a statement to our source, introducing the company, where he said: “Tadawal Technology Company was established in 2014, and in 2016 a license was obtained from the Central Bank of Libya and permission to practice, in light of the liquidity crisis, and this is what made most users accept electronic payment products.”

He added that there is a passion from the citizen to use this technology, as the Libyan citizens are conscious, modernized, and most of them are young people. The electronic payment service was the alternative to cash, with a rapid turnout. With this acceleration, the company was on time as a strategic partnership was signed with major banks to launch products for customers, and its services have been reached in all regions of Libya, even reaching the far southern suburbs.

Khameera continued: “With development, you need to have a conscious and qualified team that deals with technology at its highest levels. We invested in a team of young newly graduated engineers who were trained and integrated into the work environment. In 2019, despite the wars and security instability, Tadawul engineers were able to install the first modern payment processor in Libya. After a few months, we were able to transfer all applications and products. The processor is working efficiently today to support the latest electronic payment products.”

In the context of the conversation, he added: “The total purchases in developed countries reached 80% of the total operations. Libya will have a promising future in the use of technology. We are talking about nearly 5.5 million Facebook users and more than 30 thousand online stores, and today there is an opportunity to provide more for the citizens. There is a fertile ground for offering new services and products, and the coming years will witness growth and diversity in electronic payment services. Tadawul company is always working on the user’s passion for technology, and serious products will be launched in the coming months through the branches of our partners as commercial banks, including the issuance of an Islamic credit card, which will help the citizen to face the delay in liquidating salaries. There is great interest from several banks in this product, and the date of its launch will be announced soon.”

In turn, the Director of Business Administration at the Tadawul Technology Company, Hani Al-Saudi, told our source: “We as a trading company today are considered one of the largest and most widespread private sector companies in electronic payment in Libya. We always aspire to expand. Today, we have many products related to electronic payment processing and biometrics technologies for applications that we offer to our partners as commercial banks to present them to their customers, whether they are companies or individuals, thanks to the ability of our developers to adapt and develop financial technology products in line with the requirements of the Libyan market.”

He also said: “Among the products and technologies that are used, we have prepaid products and direct debit products, as well as Islamic financing products, which were announced during the activities of the National Information Technology Day. There are several types, and we are about to launch them with some commercial banks operating in Libya.”

Al-Saudi added: “There is also a product that falls under prepayment, which is the “salary card” product. A large segment of sectors and companies, whether public or private, benefited from it. The benefit was that the employees of these sectors are no longer waiting for the salary to come in Banks. These sectors are adopting, in partnership with commercial banks, the idea of ​​a “salary card” so that part of the salary is included in a salary card, and this is according to the desire of workers in these sectors. The greatest benefit from this idea is that the employee earns time while his salary is included in the bank portfolio in his bank account and can able to meet the requirements of daily life faster and more smoothly. A salary card has been in great demand in recent years, as our partners from commercial banks have contracted with about 120 public and private companies, authorities and state institutions.”

He explained: “The other product that falls under prepayment and was launched on the occasion of the National Day of Information Technology is the “Success Card” from Jumhouria Bank, which was established on an application for the bank. Anyone who has this application can obtain electronic services without going to the bank’s branches or wait, and it is available in the bank’s branches and in the shops as it was planned in the next few period.

Its idea is based on the basis that if the application allows its user to access financial operations on his account according to the usage policy of the issuing bank, then he can insert a card with a smart chip and high security in his account in the application and immediately receives a text message with the secret code of his card on his phone number. There is synchronization and authentication between the system of the application services provider and Tadawul processor so that no additional data is requested from the owner of the application. The data that was registered with the application itself is used, and then the user can transfer his financial value to charge this card directly from his account through the application and receive it so that immediately he can use it in all Tadawul points of sale. This can also be an advantage as a family card so that the head of the family can add more than one card to his family members under his account and he can distribute his family’s expenses through its application without the need for cash, especially since the card is accepted at more than 9 thousand points of sale across Libya. When the card is charged, you can shop without any commissions on purchase transactions.”

He also said: “Absolutely, this is technically bold, so we can summarize it, for example, that you can buy the card like any product from the market, and it will not be important unless you add it under your account in the application. Once you add it, you can use it and the whole process takes place in less than 3 minutes, while if you want to go to the nearest bank branch where your account is found, you need an hour to reach the place to apply for a card and you may have to come back again at another time to get it after you submit the application. Success Card can be got in 3 minutes from the market next to your home, so that you add it to your account and shop directly with it.

Al-Saudi also noted that Tadawul company will have new and large contracts that will be announced soon, as the company seeks to expand its customer base from commercial banks to access services and make them available to the largest number of users to benefit from these technologies.

As for the Director of the Electronic Payments Department at Tadawul Technology, Ahmed Al-Daghri, in his statement to our source, he said: “Today, after the liquidity crisis was resolved in previous years, Tadawul focused on launching completely new products, including the online payment service, and we tried to provide customers with payment in different ways through the T-Link service to be used online through the electronic stores, which numbered more than 40 stores.”

He added: “We have high-security features, so it is considered the only card in the Libyan market that has a smart chip, which allows the customer to shop with high amounts in various stores, in addition to the possibility of transferring from one card to another, from different regions through points of sale or electronic wallets, in addition to a new product launched in the market regarding the credit card with our partners from commercial banks.

Al-Daghri also confirmed that there are many new technologies and products that will be launched at the end of this year.

For his part, the Director of Network and Sales Department at Tadawul, Ayman Al-Nafati, told our source on the sidelines of the National Information Technology Day conference that the latter is an appropriate window to introduce the company’s services for issuing and managing cards and points of sale, as the company is one of the largest private sector companies in issuing points of sale, means of accepting cards and electronic wallets.

He also added: “By issuing new cards and services in electronic payment methods, it has become very important to keep pace with points of sale and electronic payment methods, as many services need many specifications in the means of acceptance, promotion and spread of points of sale based on the type of service and also on the presence of banks that contract with the company in terms of card holders and wallets.”

He continued: “Tadawul is studying, according to accurate data and according to the card issuance contracts, if these banks are present in those areas, and as it is known that each bank has certain branches in the cities of Libya from the south, north and west. Through our study and the issuance of cards, we are working on developing the network in proportion to the provision of service to card holders in various regions.”

Al-Nafati concluded his speech by saying: “We are always working to provide points of sale with a high level of service and efficiency, updating and rationalizing shop owners and raising their awareness and training them on new services and problems. We are present to have complete network stability and acceptance at all times and places.”

In the same context, the Director of the Marketing Department of Tadawul Company, Siraj Abu Khatwa, said in his statement to our source: “The company is working to educate citizens about the importance of electronic payment and of using cards through marketing and product promotion campaigns in partnership with commercial banks that issue cards, and are also keen to introduce the benefits of using technology to be well used in daily life.”

Abu Khatwa noted: “We always focus on direct communication with bank customers, reminding them to use cards and applications, and that there should be a side to use cards in the humanitarian aspect through Ramadan campaigns and others.”