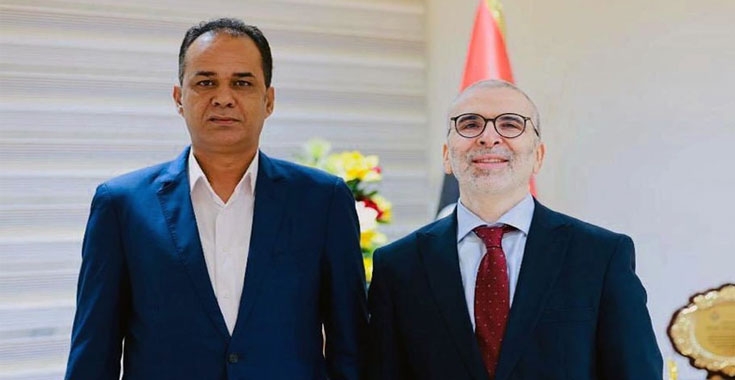 Aqila Saleh forms a committee by a decision prior to the investigation of the violations of Sanalla, and Al-Aribi defends him

Our source obtained a previous decision issued by Parliament Speaker Aqila Saleh to form a committee to investigate the abuses of the head of the Oil Corporation, Mustafa Sanalla, regarding the opening of a sales office in Britain and his failure to comply with the Council’s recommendations during the government’s accountability session to close these offices.

In a clear contradiction, according to our sources, a member of the House of Representatives and Chairman of the Energy and Resources Committee Issa Al-Araibi issued a statement regarding the follow-up to the meeting of the Council of Ministers in the National Unity Government last Thursday, and what the Prime Minister said regarding the approval of discussing the proposal of the Minister of Oil and Gas regarding changing the Board of Directors of the National Oil Corporation.

The statement confirms that the expired government of National Unity – according to the statement’s description – lacks the legal legitimacy to take such decisions and contradicts the circular issued by the Presidential Council about not violating the administrations of public institutions and authorities.

The liquidity team to our source: “100 million reached the branches of Jumhouria Bank in the eastern region”