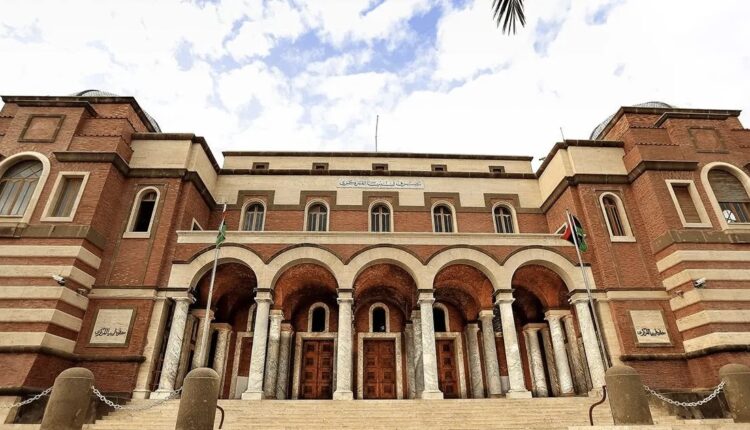 During the period from January 1 to mid-March 2022, the assigned team continued to implement its plan and airlifted 810 million dinars to bank branches in the eastern region. There were no indications of a lack of liquidity in the branches of those banks or in the banks’ branches in all regions of Libya.

As part of the efforts to unify the Central Bank, it was agreed in mid-March 2022 to transfer cash shipments to the Bank of Libya Benghazi branch to take over the distribution process to banks in the region. One billion dinars were delivered to be distributed to banks before and during the blessed month of Ramadan. Only 500 million dinars were distributed and the rest of the amount was kept in Benghazi branch, despite the banks’ need for liquidity during the period.

In light of the fact that Benghazi branch continued to maintain the aforementioned liquidity balance, some banks requested to provide them with their needs quickly before Eid Al-Adha. The banks (National Commercial Bank, Jumhouria Bank and Wahda Bank) also identified their needs with a total value of 700 million dinars, of which 350 million dinars were transferred, and 350 million will be transferred during the end of this week. The total shipments received during the past six months reached approximately 3.5 billion dinars. This covers all the needs of bank branches in the eastern region, in addition to the daily deposits received by some banks and distributed to their customers.

The Central Bank of Libya, Tripoli, continuously monitors the liquidity conditions of all Libyan banks and confirms its complete readiness to transfer any additional shipments, whatever their value. There is no truth to the false allegations about the existence of a liquidity problem in any region of Libya. Banks have the right to take any exceptional measures to provide liquidity to bank branches and their customers in light of the ineffectiveness of transferring shipments to Benghazi branch, and its deliberate withholding and keeping liquidity in its vaults, creating a prolonged crisis of liquidity, and a crisis with the Central Bank of Libya, Tripoli, to obstruct the efforts of the unification process, and an excuse to start printing currency outside the scope of the law.

The Italian Trade Commissioner to our source: “Italy this year is the first market for Libyan exports”