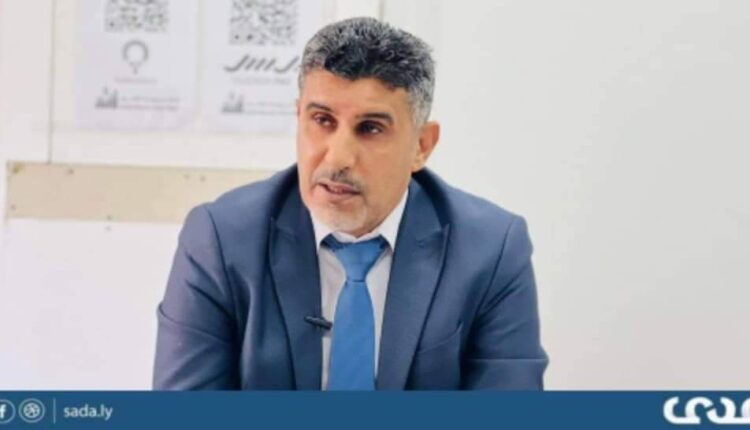 During his meeting with our source, Al-Mismari explains the current services provided by the National Commercial Bank, that will be launched soon

The Assistant Director of Retail Sales at the National Commercial Bank, Nasr Al-Mismari,  spoke in an interview with our source, about the electronic services provided by the bank, where he said: “We have among the services the Numo card, which is used on self-withdrawal machines scattered throughout Libya and with a ceiling Daily withdrawal of 700 dinars. The holder can purchase through it at points of sale, with a daily ceiling of 4000 dinars.”

Al-Mismari continued by introducing their products, saying: “Among the products that the NCB offers to its customers is Imtiyaz card in partnership with the Tadawul Company, where it operates on a trading network of more than 12,000 points with a daily purchase ceiling of 4,000 dinars.”

He also spoke, explaining about the Yussor Pay service, where he said: “This service is done through mobile payment with a daily purchase ceiling of 2000 dinars to 100 thousand dinars. The NCB has provided its customers with Mobi Mal application, which is an application that enables those who download it to manage His account without going to the bank, by managing local and international cards as well, inquiring about the balance, purchasing cards and transferring money. The application also has subscribers’ packages, including the silver card, which is limited by ceilings, and also the golden card is limited by ceilings.”

He also said: “The National Commercial Bank sought to download the idea of ​​the MCB Business application, which is for merchants, and through it four accounts can be linked and money can be moved through it to them without going to the bank. In the number of ATMs scattered throughout Libya, and the branches that have been promoted in the new system, electronic services will be provided to them and ATMs for this matter.”

He concluded his speech by saying: “We are now, in turn, studying the market in order to think of products that are in line with the nature of individuals. Now we have a product for students and products for state employees in various fields, and all of this will be launched in the near future.”

Omar Katti: “Libya is coordinating with Italy to develop a strategy on the migration…