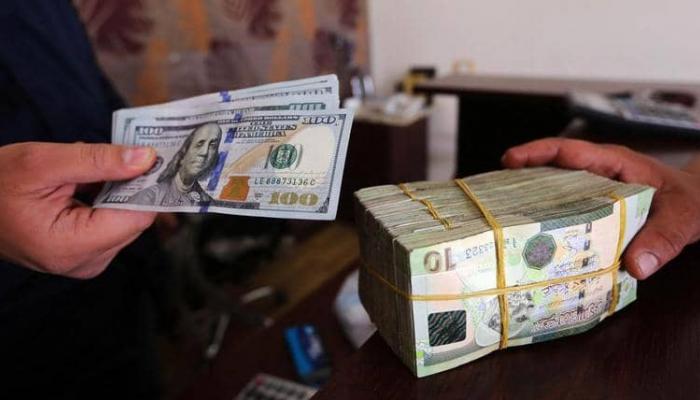 Today’s exchange rate at the Central Bank witnessed an increase, reaching 4.77 this evening, while it was 4.80 this morning.

For his part, a member of the Exchange Rate Committee, Omran Al-Shaibi,  stated exclusively to our source that the reason for the rise and fall of the dollar against the dinar during this period is due to its price in the Special Drawing Rights and not a change in the exchange rate. “We do not mean the exchange rate of the dinar against the currencies of the Central Bank After March 2012,” he said, adding that raising the interest rate for the dollar helped raise it against other currencies.

Currency rates for the Special Drawing Rights were supposed to be revised in March 2022, which is usually considered every five years, and the Executive Board postponed the next review of the Special Drawing Rights assessment basket to July 31, 2022 to redefine its five-year cycle assessment reviews. With Completing the next review by mid-2022, the new basket will become effective August 1.

For his part, the Libyan businessman, Husni Bey, said exclusively to our source that the dinar is not equivalent or linked to the dollar as many people complicate, adding that the dinar is linked to a virtual currency made up of a basket of currencies “dollars, euros, yen, Chinese ravenbi and sterling” and called the Special Drawing Rights, “SDR”.

He continued, The Special Drawing Rights is a virtual currency used by the International Monetary Fund and the World Bank. The dinar equation before the price unification on 3/1/2021 was pegged to 1 dinar = 0.52 SDR (Special Drawing Rights), and the change and reduction was made to the dinar 1 = 0.15 SDR .

He added: “So, for example, we find that the dinar decreased with the dollar, but rose with the pound sterling and the euro.”

The liquidity team reveals that 55 million of them were allocated to Jumhouria Bank, Ubari Branch and to support the central treasuries

Deputy Belgian Ambassador to our source: “The issue of…

During her meeting with a ministerial delegation from…